About the Giving Pledge

The Giving Pledge is a movement of philanthropists who commit to give the majority of their wealth to charitable causes, either during their lifetimes or in their wills.

In August 2010, 40 of America’s wealthiest people made a commitment to give the majority of their wealth to address some of society’s most pressing problems. Created by Warren Buffett, Melinda French Gates, and Bill Gates, the Giving Pledge came to life following a series of conversations with philanthropists about how they could set a new standard of generosity among the ultra-wealthy. While originally focused on the United States, the Giving Pledge quickly saw interest from philanthropists around the world. 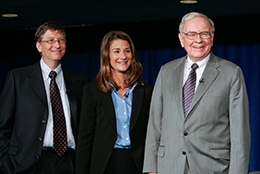 “This is about building on a wonderful tradition of philanthropy that will ultimately help the world become a much better place.”
– Bill Gates

The Giving Pledge is a simple concept: an open invitation for billionaires, or those who would be if not for their giving, to publicly commit to give the majority of their wealth to philanthropy either during their lifetimes or in their wills. It is inspired by the example set by millions of people at all income levels who give generously – and often at great personal sacrifice – to make the world better. Envisioned as a multi-generational effort, the Giving Pledge aims over time to help shift the social norms of philanthropy among the world’s wealthiest and inspire people to give more, establish their giving plans sooner, and give in smarter ways. Signatories fund a diverse range of issues of their choosing. Those who join the Giving Pledge are encouraged to write a letter explaining their decision to engage deeply and publicly in philanthropy and describing the causes that motivate them.

Joining the Giving Pledge is more than a one-time event. It means becoming part of an energized community of some of the world’s most engaged philanthropists to discuss challenges, successes, and failures, and to share ideas to get smarter about giving. Signatories are united by a shared commitment to learning and giving. The Giving Pledge team provides opportunities – both specifically for signatories, and for families and staff – to gather throughout the year to learn from experts and from one another how to best leverage their philanthropy to address some of the world’s biggest challenges. 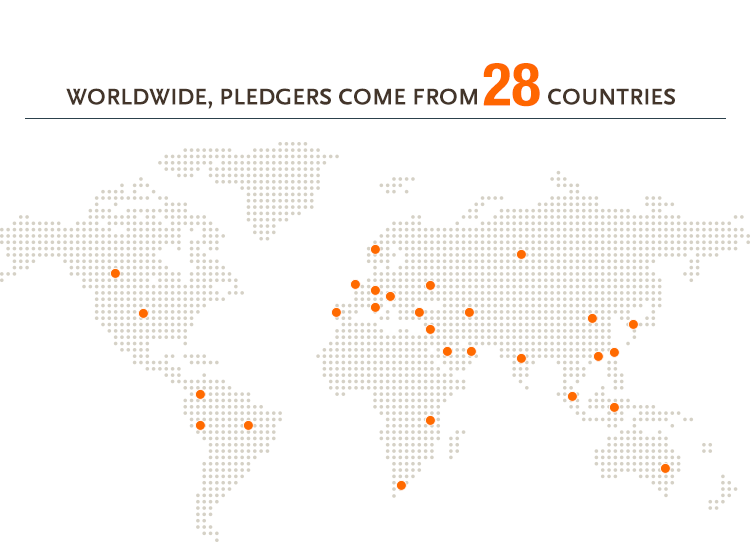 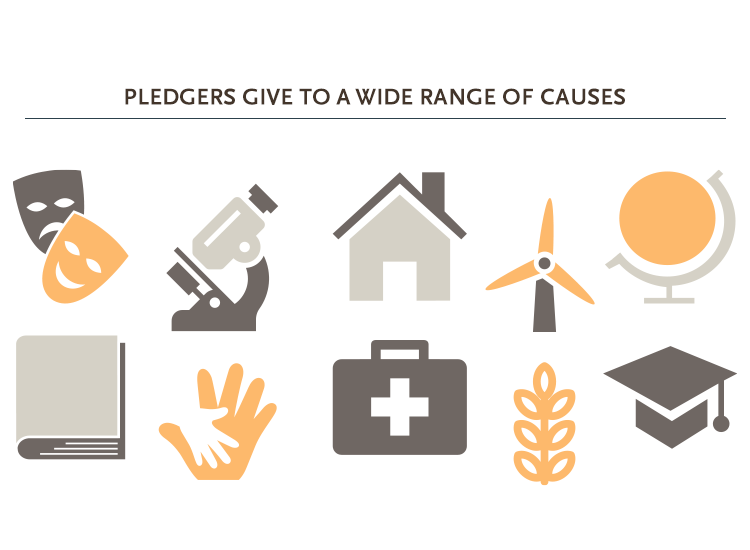